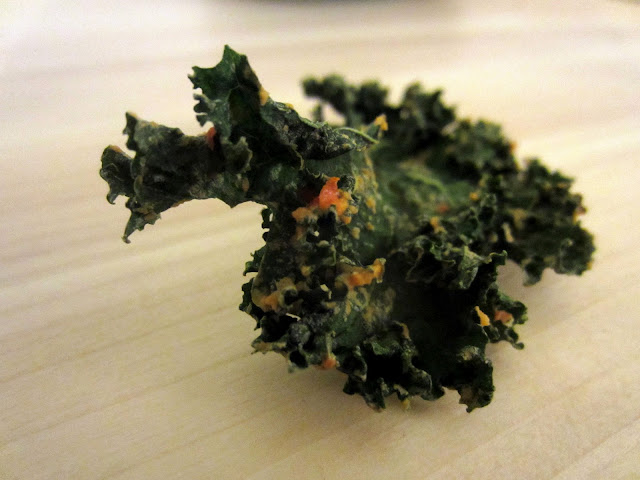 Wait. What? You've never had kale chips? Have I not explained the immense deliciousness and nutritional goodness of kale many times before? Kale chips are better than potato chips, in every sense of the word. They're crunchy, salty, curly, and a hint bitter. And you can eat twenty billion and still feel very, very healthy. 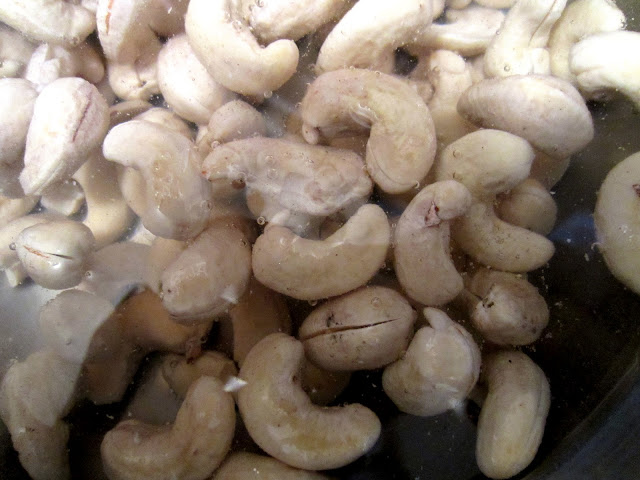 Original flavor stars cashews, red peppers, and nutritional yeast. Nutritional yeast has protein and is low fat, and tastes kind of creamy. It comes in yellow flakes that I sprinkle on many things. My granola, pasta, salads... It's yummy. To start this recipe off, you soak the cashes. (This recipe is raw vegan; raw cashews! Though if you don't really care, you can cheat and use roasted, and while I dehydrate the chips at a temperature that still counts as raw level, one can use an oven instead. More on that later.) 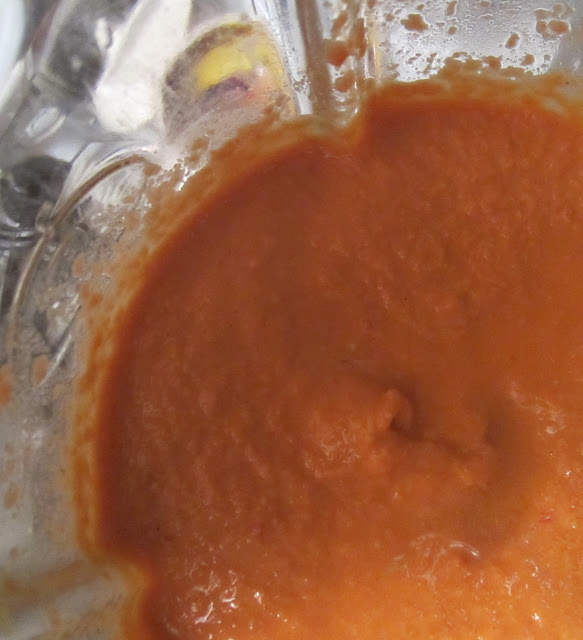 The next step is to blend all the other ingredients together to make the sauce. 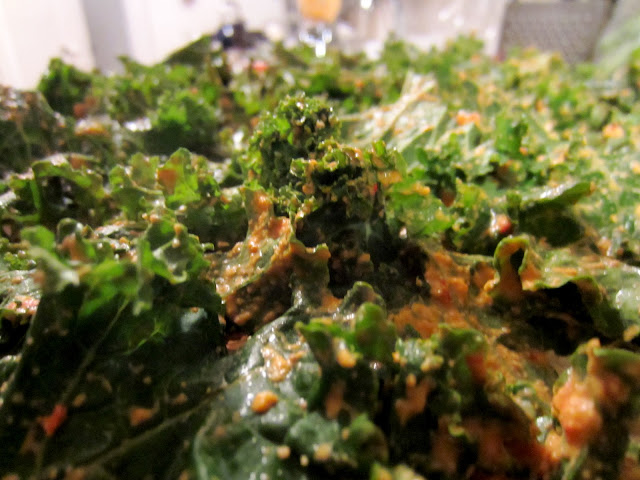 And, after a serious destemming of the kale and a generous tossing of the sauce, you bake the chips up. 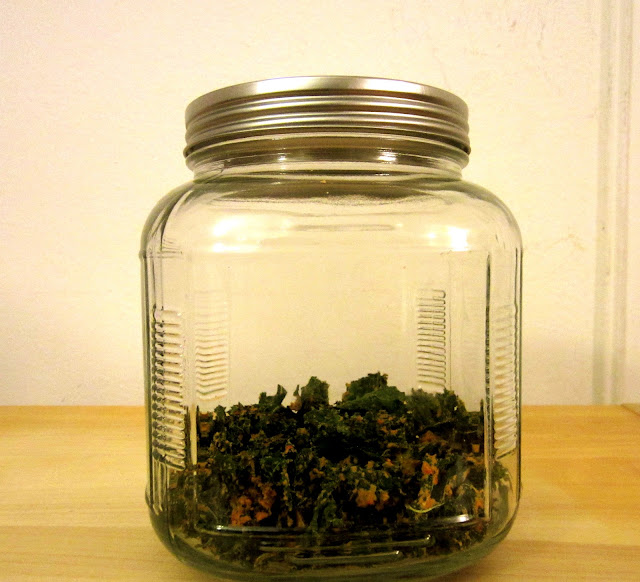 Believe me, this jar was full and I had extra before this picture was taken. I was too busy eating to take any pictures until much after. This again happened with my next batch, lemon-tahini flavor, so I don't think I can post it until I've made a new batch. 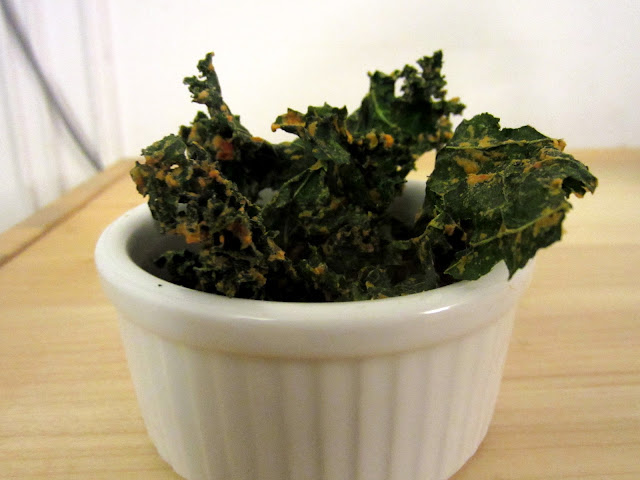 In short, these chips were the bomb. Make them a day before you want them, though, because you have to soak the cashews and de-stem the kale (an awful  momentous task) and, if you're using a dehydtrator, dehydrate all night.

Kale Chips
adapted from love veggies and yoga
makes a real lot, but gets all eaten scarily fast.


note: while I dehydrated these chips, keeping them raw vegan and, I think, giving them that great powdery crunch, you can quite easily adapt this for a normal oven. Bake at 300 F for 20 minutes, flip, and continue for 10 more. Or experiment on your own. The lower the temperature for the longer gets you closer to dehydrator results.


1 medium bunch kale (size varies from bunch to bunch; this recipe works with any size)
1 cup cashews (soaked for at least one hour)
1 medium red bell pepper
juice of half a lemon (2 Tbsp)
1/4 cup (or more) nutritional yeast
1 tsp salt

Wash and destem kale. Put aside.
Chop the pepper and drain the cashews. Add to blender with the lemon, nutritional yeast, and salt. Blend until smooth.
Toss sauce with kale, which should have a fairly thick, uneven coating. You may have extra sauce, which you can put aside and use as dip or for other uses. I'm also someone who loves the bites with an explosion of flavor, so I do a very thick coating.
Put on dehydrator screens (or baking pans if using an oven) and dehydrate at 145 F for 2 hours, and then 118 F for 6 hours-overnight. The longer, the crunchier. If you feel up to it, flip with two hours remaining.
Keeps for over a month in an airtight container, if you can refrain from devouring them all for that long.

Posted by Lola Bellybutton at 10:54 PM